According to CIRAD (French Agricultural Research Centre for International Development), avocado consumption in Europe grew by 11% from 2019 to 2020, with the Scandinavian countries and France having the highest consumption rate per capita. Peru, Chile, Colombia, and Kenya supply the European market. By 2030 avocados are forecast to be the second most-traded tropical fruit in the world after the banana.

While that is great news for avocado farmers, the exponential growth has also brought them many challenges. Avocado trees need a lot of water, requiring roughly 70 liters (18.5 gallons) of water per fruit, more than 12 times as much as it takes to grow a tomato. Because avocados usually grow in tropical or subtropical climates where rainfall is intermittent, they need irrigation for large-scale production. But irrigation presents its own problems: over-irrigating and waterlogging.

The avocado tree’s root zone is situated close to the surface of the soil, therefore, trees need to be continuously irrigated to fight the effects of drought. But overwatering can cause anoxia, or lack of oxygen, which is also fatal. In high-clay-content soils, which are common in these climates, the possibility of anoxia is especially acute because high clay content soils retain water for longer periods of time than sandy soil and are prone to compaction.

Both compaction and reduced infiltration increase the possibility of waterlogging the roots. To increase infiltration rates and reduce waterlogging, growers must improve the structure of the soil. One of the best ways to reduce these problems is to oxygenate the roots, which allows them to absorb the water efficiently. 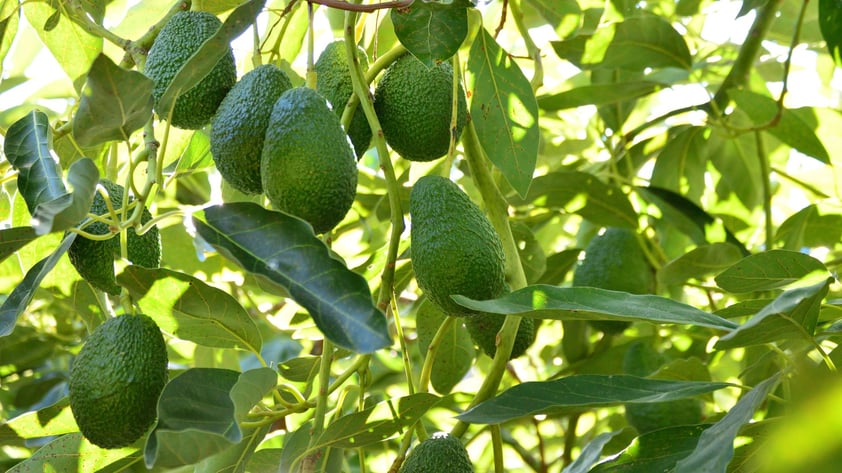 The Effects of Super-Oxygenation with Nanobubble Technology

Nanobubble technology super-oxygenates irrigation water with high levels of dissolved oxygen (DO). When root cells absorb super-oxygenated water, their metabolic rates increase and they can continually absorb nutrients and water from the soil, leading to significantly better root and tree development. Root cells grow faster and expend less energy in the absorption of nutrients, while also benefiting from the favorable environment created by higher oxygen levels in the root zone. High-oxygen environments also encourage the growth of beneficial microbes and inhibit the growth of pathogens.

The Other Benefits of Nanobubble Technology - Nanobubbles

Though many growers understand and value increased DO in the root zone, the benefits of the nanobubbles themselves are less known. Nanobubbles are very small bubbles, measuring between 70-120 nanometers in diameter, roughly 2500 times smaller than a grain of salt. Bubbles of this size act more like hard particles than bubbles, allowing them to do a number of interesting things that benefit plants and growers.

Nanobubbles have neutral buoyancy, moving randomly and continuously through water. Their hard surface and strong surface charge enable them to scour and abrade biofilm from irrigation systems, reducing clogged emitters and the use of chemicals to remove biofilm. This also reduces disease pressure as biofilm are notorious for harboring water-borne pathogens that cause root diseases.

Another way they reduce disease pressure is through natural oxidation. When nanobubbles encounter contaminants in the water, they collapse and produce hydroxyl radicals. These highly oxidative species are like hydrogen peroxide or chlorine in the way they destroy and remove contaminants. They do this without chemicals, allowing growers to control pathogens and reduce their use of expensive and potentially risky chemicals.

In Chile, a major producer of avocados for the European market, these problems are magnified. While the avocado is one of Chile’s most important fruit crops, most production, about 30,000 hectares, is in the Valparaíso region where drought is a constant worry. In addition, a significant percentage of avocado trees are planted in heavy clayey soils that restrict water movement and oxygen availability. Growers must irrigate the avocado trees but also balance that need against the threat of asphyxia caused by overwatering.

Two recent trials of the Moleaer nanobubble system by Chilean avocado companies proved the efficacy of the technology in resolving the problems faced by avocado farmers there.

In December 2020, Gama Avocado, a Chilean research consultancy, began a 24-month trial of the Moleaer XTB 50 nanobubble generator, which injects nanobubbles inline to the irrigation system.

Kapicua Research Center is a Chilean sustainable agro-industrial technology provider and distributor that partnered with Moleaer to do independent validation of Moleaer nanobubble technology. In 2020 they studied the effects of nanobubbles on avocado trees in clayey soil at a farm in Santiago. The trees were irrigated with oxygen nanobubble-enriched irrigation water by Moleaer’s Nexus 50 nanobubble generator. 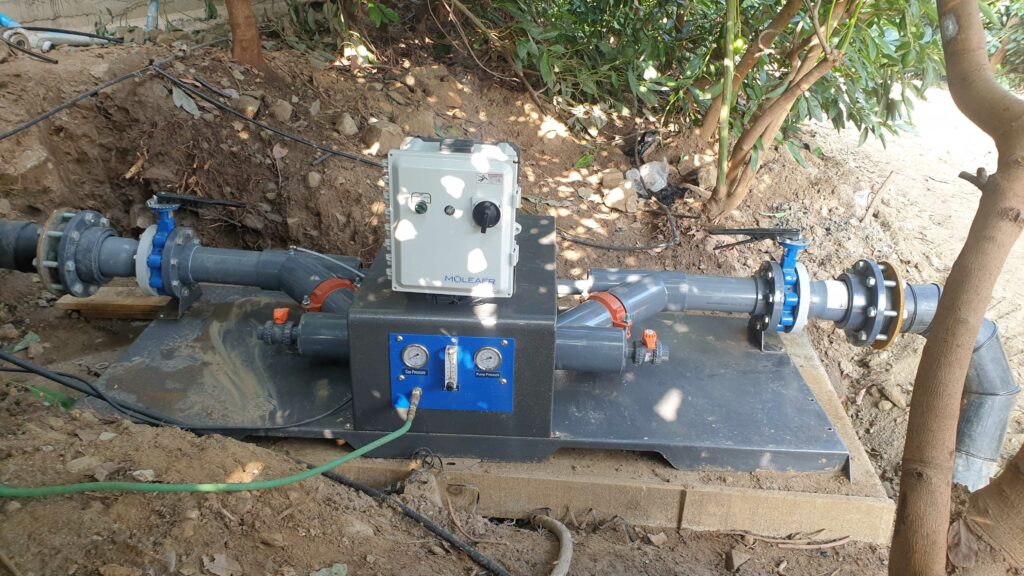 After the first season, investigators found a significant improvement in vegetative tree growth and productivity. The harvested fruit also contained a greater percentage of larger fruit, with a 40% increase in size categories over ’50.’

The Kapicua research and development team, in cooperation with other research centers, exporters, and producers, has also measured similar positive impacts of nanobubble technology in growing cherries, blueberries, strawberries, walnuts, and tomatoes across different countries in Latin America.

Learn how to improve soil health without chemicals

Sustainable, chemical-free technologies like nanobubbles are paving the way for farmers to improve soil health, while also contributing numerous other benefits to their cultivation operations.

With the growing impacts of climate change and other pressures such as drought and fertilizer shortages, this is a question that has never been more important in the...

How to optimize irrigation source water