At Green Circle Farm – as is the case at most greenhouse operations – Pythium and other root diseases are a constant threat. Green Circle comprises seven acres of pepper cultivation in Leamington, Ontario, Canada.

“Pythium is an issue in this facility, particularly in the summer,” reported owner Isaac Friesen in 2019. “Our normal regime is to treat our irrigation water with ozone and perform five chemical root treatments throughout the season. Yet, despite our preventative measures this year, our peppers still showed signs of Pythium in the summer.”

Pythium is among the most serious root diseases of greenhouse crops. Pythium species are a large group of fungal-like pathogens that are difficult for even experienced growers to manage, and prevention is key. They are capable of surviving on many types of surfaces. “Over-watering, poor root aeration, root injury and improper root zone temperatures can weaken the crop and thus trigger Pythium outbreaks,” states a recent Pythium factsheet. “Saturated growing media that are either too cold or too warm can be conducive to Pythium build-up and spread in water and recirculating nutrient solutions.”

Phytophthora, related to Pythium, is less common but generally more pathogenic. It most often causes root and crown rot but can also cause foliar blight. Rhizoctonia is also a common cause of root disease and stem canker, and Thielviopsis root and stem rot is another fungal disease concern.

Because greenhouse root diseases are hard to control, especially in the warmer temperatures resulting from global warming trends, prevention is critical.

Use the right production strategies (well-drained media, avoiding high salts and excess nitrogen) and practice outstanding ongoing operational cleanliness, including effective biofilm prevention and water disinfection. Biofilm is pervasive on most surfaces that are in frequent contact with water and can harbor pathogens such as Pythium. 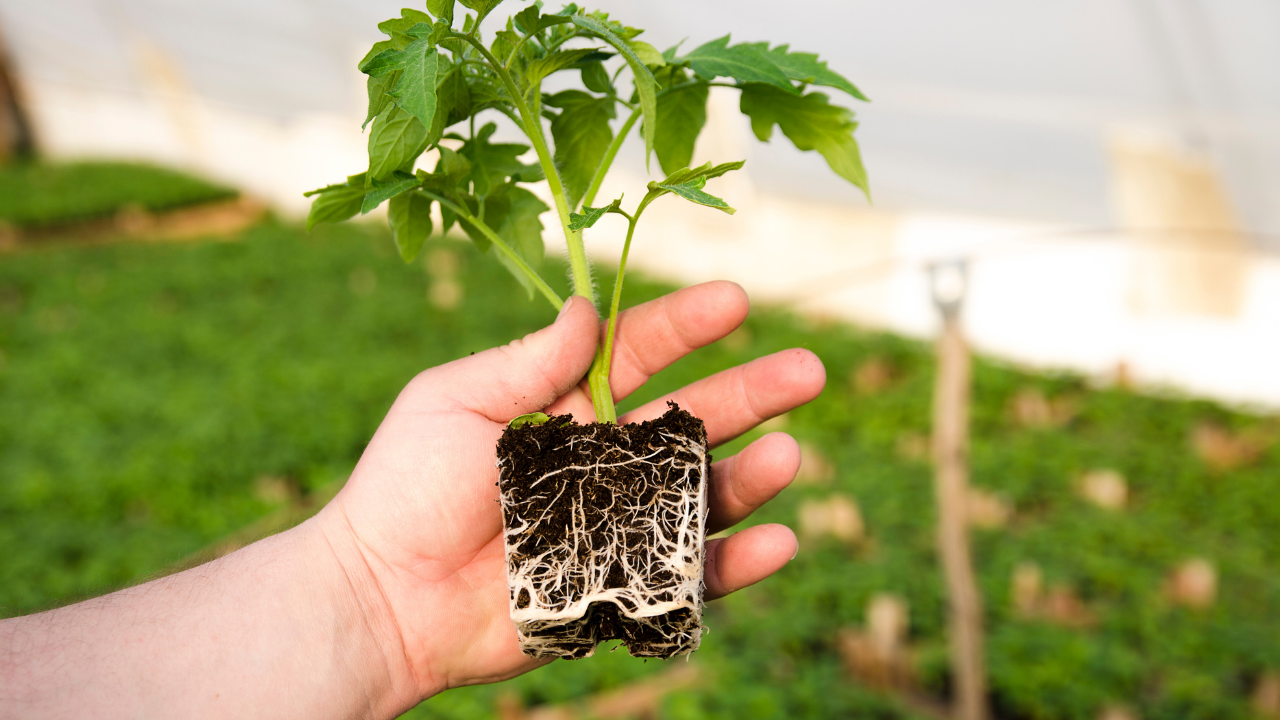 There are many treatment options to keep pathogen levels low in irrigation water and on irrigation system surfaces. Some are more effective, environmentally sustainable, costly and labor-intensive than others.

Physical water treatment methods are not useful for reducing biofilms and have varying degrees of disinfection effectiveness and cost. They include reverse osmosis, rapid media filtration, heat pasteurization and UV radiation, the latter involving costs prohibitive for many growers.

Nanobubbles measure 70-120 nanometers in diameter, roughly 2500 times smaller than a grain of salt. At a typical concentration of hundreds of millions of nanobubbles per ml and with neutral buoyancy, they hover uniformly within a liquid, constantly providing natural oxidation of water. Nanobubbles move randomly and continuously through all parts of a water system via Brownian motion, causing cell lysis in three ways:

During spring 2020, scientists at Delphy Research Institute in the Netherlands conducted trials on behalf of Moleaer to examine the effects of super-oxygenated irrigation water achieved through nanobubbles on strawberry performance.

Irrigation water given to the control plant group had a typical DO in the 7 to 9 mg/L range, while the nanobubble-treated water given to the treatment group had an average DO concentration of 30 mg/L. The treatment group showed a yield increase of 14%, with a 74% reduction in Pythium counts, lower instance of Phytophthora, and healthier root masses.

Owner Isaac Friesen explains that “the science behind [nanobubbles] made a lot of sense to me. Increasing oxygen levels in the substrate is a known benefit to plant roots, and I have always associated my root issues with either poor water management or low oxygen levels – both of which seem to go hand in hand. I had also heard of other growers in the area and in the Netherlands already using Moleaer’s system and were experiencing good results, so I was eager to give it a try.”

A Moleaer nanobubble generator was installed at Green Circle Farm in August 2019. DO was increased to 22 ppm, which has resulted in increased pepper yields. Disease is better suppressed, and chemical treatment costs have been reduced.

Moleaer generators were also installed at NovaCropControl in The Netherlands (greenhouse tomatoes) in 2020 and resulted in a 75% reduction in pathogens including Pythium. Similar results have been achieved at Big Tex Urban Greens in Texas, Revol Greens in Minnesota and at many other operations.

Every operation is unique in terms of root disease risk level. Optimal crop production practices and site hygiene are key to prevention of this disease. In their selection of a water treatment system, growers must consider cost, effectiveness, environmental sustainability, labor, space requirements, additional benefits and more.

Pepper grower, Green Circle Farms, increases their harvest from 400 cases per pick to 1600 with the help of the Moleaer nanobubble generator.

How to achieve optimal dissolved oxygen concentrations to promote root health and development Photosynthesis and respiration are the two main plant growth processes that are...