Why good water quality is critical for plant performance

Plants grown hydroponically require high-quality irrigation water to achieve robust growth and high yields. This means it must possess high dissolved oxygen (DO) levels and be disinfected properly on a continual basis to prevent disease.

In photosynthesis, leaf and stem cells use solar energy to process CO2 from the air and water absorbed through their root cells to make sugar (C6H12O6). Root cells meanwhile use the opposite process, respiration. They burn sugar (transformed into cellular energy, ATP) to run their metabolic processes, with the primary process being water and nutrient uptake. Oxygen is required in respiration as the final electron acceptor.

Oxygenation assures optimal root function. “There is no doubt that the concentration of dissolved oxygen affects the growth of plants with hydroponics,” state scientists at Tottori and Yamaguchi Universities in Japan, in a November 2021 paper in the journal, Agriculture. 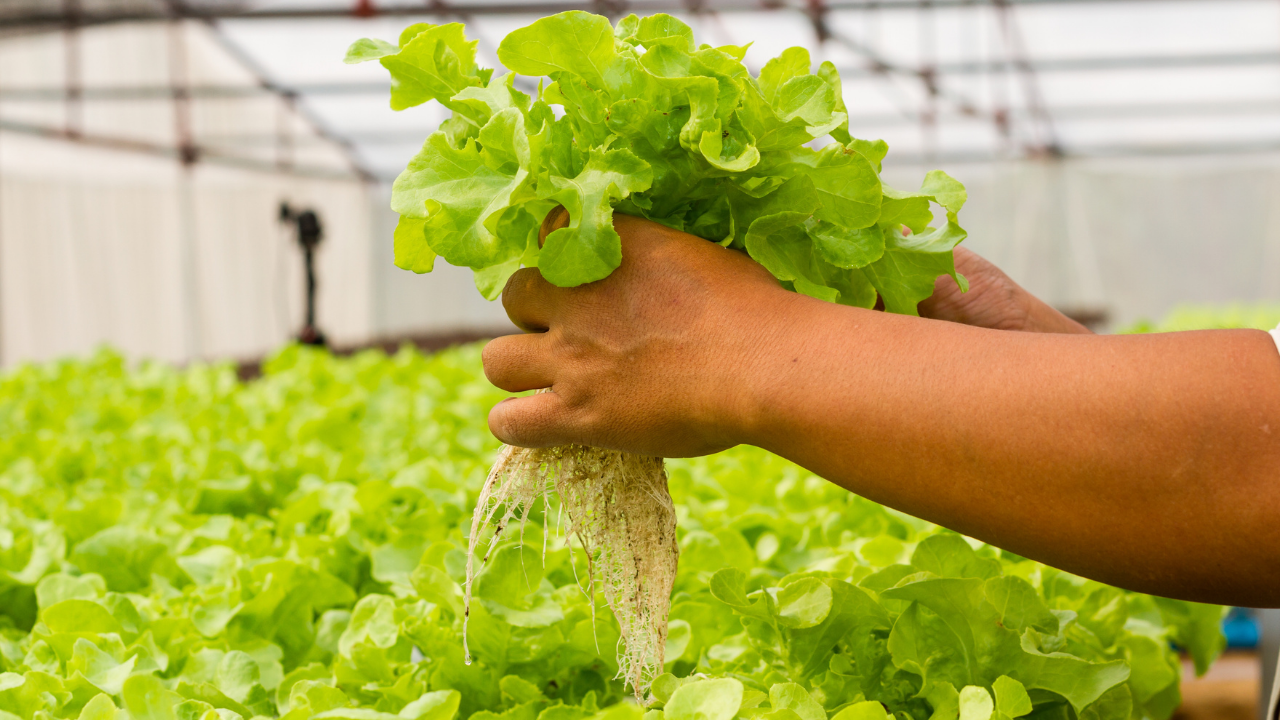 That is, if there is limited oxygen available in the water to be absorbed by the root cells, they are therefore limited in the amount of ATP they can produce, in turn limiting their rate of water and nutrient absorption, which directly limits overall plant growth rate and eventual crop yield.

Oxygenation of the root zone, therefore, has a high “payoff” in greenhouses, and most growers attempt to oxygenate their irrigation water, especially in warmer climates.

Conventional water aeration methods, however, typically achieve a DO of less than 6-9 ppm, which provides limited benefit to root cells. Similar DO levels are even more difficult to achieve in warmer irrigation water because the capacity of water to hold dissolved oxygen decreases as temperature increases. Experienced growers, therefore, employ water chilling systems, but this requires the use of equipment with high energy costs.

High-quality irrigation water must be well oxygenated, but also properly disinfected to prevent disease encroachment. Prevention is critical because root diseases are hard to control once established, especially in warmer environments and irrigation water, now resulting from global warming.

There are many treatment options to suppress and control pathogens in irrigation water and in irrigation piping systems (‘biofilm’ is pervasive on most surfaces that are in frequent contact with water and can harbor pathogens such as Pythium.) Some disinfection methods are more effective, environmentally friendly, costly and labor-intensive than others.

Physical treatment methods such as UV radiation and reverse osmosis are not useful for reducing biofilms and have varying degrees of disinfection effectiveness and cost. Disinfection through oxidation is efficient, but efficacy depends on a method’s oxidizing ‘power’ and the period over which oxidation occurs. Oxidation can be achieved through:

How nanobubbles disinfect and oxygenate

Nanobubbles measure 70-200 nanometers in diameter, roughly 2500 times smaller than a grain of salt.

In terms of disinfection, nanobubbles have neutral buoyancy, meaning that they hover uniformly within a liquid and continually provide natural oxidation. They move randomly and continuously through all parts of a water system via Brownian motion, continually causing direct or indirect pathogen control in four ways:

Looking at nanobubbles’ capacity to super-oxygenate irrigation water, recall that oxygen in the root zone is a critical limiting factor in plant growth and crop yield. Very high DO levels in the root zone achieved through nanobubble use (>20 mg/l) means root cells are not limited in their rate of water and nutrient absorption, which results in maximum plant growth and crop yield. In a recent study in rice, “nanobubble treatment stimulated synthesis of the growth hormone gibberellin and up-regulated the plant nutrient absorption genes OsBT, PiT-1 and SKOR, resulting in increased nutrient uptake and utilization by the roots.” They concluded that nanobubbles “significantly improve plant height and root length.”

Observed increase in the quality of irrigation water

Bux-Mont Hydroponics in Telford, PA is one of hundreds of greenhouse operations that have installed a Moleaer nanobubble generator to improve water quality through higher oxygenation levels and outstanding disinfection.

Bux-Mont grows lettuce using Deep Water Culture. The owner, Tim Gehman, decided on a 50 gallon/minute system and achieved the results he was hoping for.

“The old methods of oxygenating nutrient solution are not really that effective,” he says. “Most of the air just bubbles up through and doesn’t really assimilate in the solution…We wanted to speed up growth with more crop turns per year and having oxygen-saturated water is key.” After nanobubble use began, Bux-Mont reduced crop turns from four weeks to three weeks, with no signs of root disease.

Gebroeders Koot, owner of a tomato greenhouse operation of the same name in the Netherlands, is another greenhouse operator that has seen significant water quality improvements through sustainable nanobubble use. 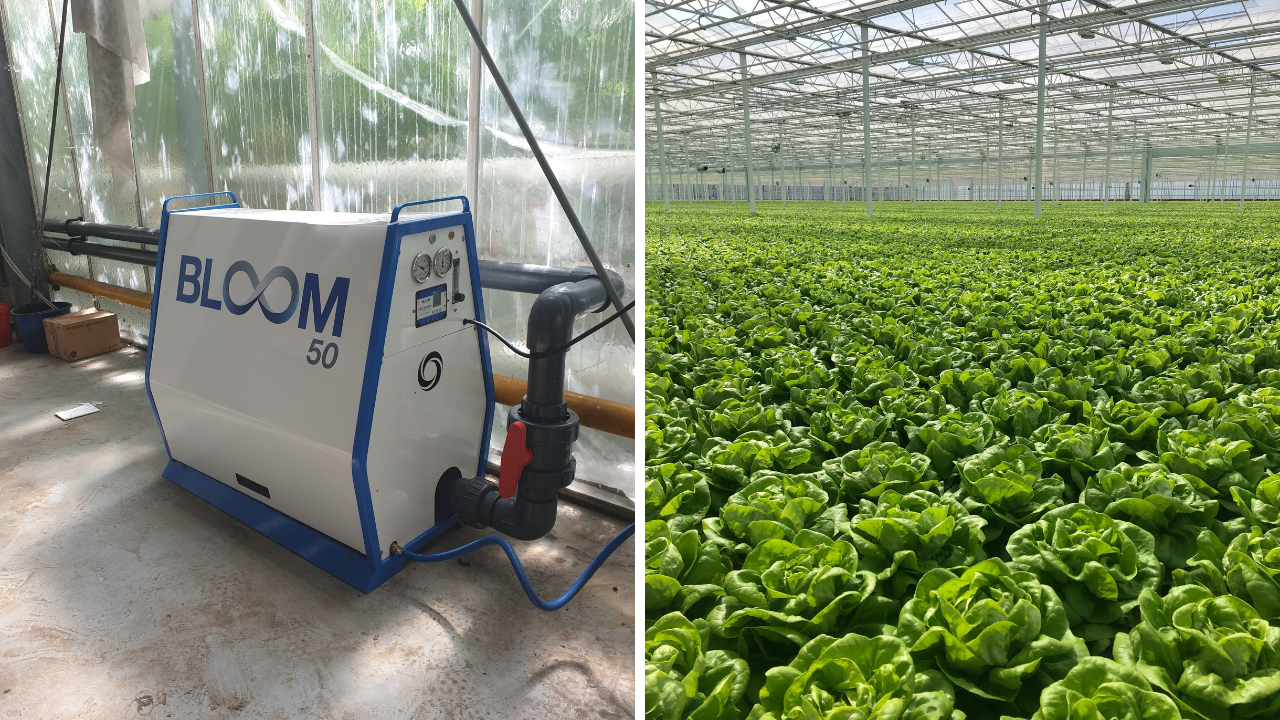 He explains that “the plants must be in excellent condition in order to deliver the best possible quality tomatoes with the highest possible yields. We already know many of the ingredients required for optimal growing. I have always considered oxygen to be a key ingredient for success. Good oxygen levels in the substrate leads to healthy roots which leads to healthy plants and strong yields. When Moleaer explained to me the unique properties of oxygen nanobubbles and showed me what they had achieved in many different crops, I was very enthusiastic.” With installation of a Moleaer nanobubble generator, oxygen is consistently over 200% saturation compared to 20-70% achieved previously.

Koot adds that he had also been adding beneficial bacteria and fungi to improve plant performance for two years prior to installation. “However, since adding the Moleaer systems, I have also stopped applying the bacteria and fungi since the higher oxygen levels inside the substrate are naturally promoting that biology by itself.”

To ensure optimal growth and maximized crop yields, hydroponic plants must have access to high-quality irrigation water. Nanobubble technology is a proven, established method of addressing the two main aspects of water quality, achieving a cost-effective, sustainable and natural method of super-oxygenating water and disinfecting effectively to continually prevent disease.