In the Spring of 2020, trials were conducted by Delphy Research Institute in the Netherlands, on behalf of Moleaer to examine the effects that oxygen nanobubble enrichment of irrigation had on strawberry cultivation. Delphy’s broad experience in strawberries with Berryplaza and their ability to conduct tests comparable to normal growing conditions with a high level of knowledge and supervision made Delphy an ideal research partner for Moleaer. In this test, the group was able to isolate two cohorts differentiated by one variable: dissolved oxygen (DO) and high concentrations of nanobubbles in the water. In the study, a control group held DO steady between a typical 7 and 9 mg/L, while the nanobubble treated water was brought to an average DO concentration of 30mg / L.

At the trial conclusion, plants irrigated with oxygen nanobubbles had a 14% yield increase compared to untreated plants (8.2Kg vs 7.2Kg). Pythium counts were 74% lower in samples treated vs. the untreated control group. Plants irrigated with oxygen nanobubbles also had healthier root mass and lower instances of disease (Phytophthora).
Bart Jongenelen from Delphy: “We had followed previous results with nanobubbles in other crops with interest and as I learned more about the properties of the nanobubbles I have to say that I became more and more interested. The theory behind it is that oxygen plays an important role both in the nutrient uptake of roots and in the biology in the root environment. For these trials we chose to focus on yield and to follow the root development with visual inspections. Clear differences emerged from this. For example, the total production was almost 1kg higher with the nanobubble treatment.” 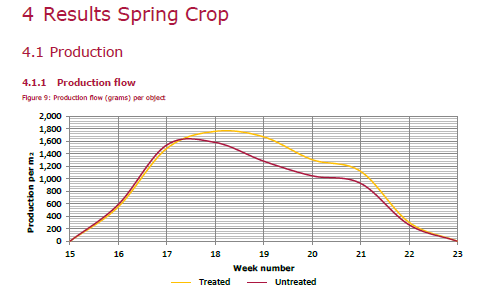 Michiel de Jong from Moleaer: “The differences in production were very obvious. The results confirmed what we have already demonstrated in other crops, and applies to strawberry production as well. The nanobubble generator serves a dual purpose. First, nanobubbles deliver oxygen extremely efficiently into water which allows us to maintain very high saturation levels with minimal loss. This enables us to deliver significantly more oxygen into the root zone and promote healthy root development. Second, the oxidative properties of the oxygen nanobubbles break down algae and suppress pathogens, effectively improving the water quality and maintaining a more hygienic irrigation system.”

Bart adds: “We have also been able to determine that in this test. During the visual root inspections we observed that the control was much more affected by Phytophthora fragariae, otherwise known as Lanarkshire disease, infestation. The roots with the nanobubbles looked much healthier.” 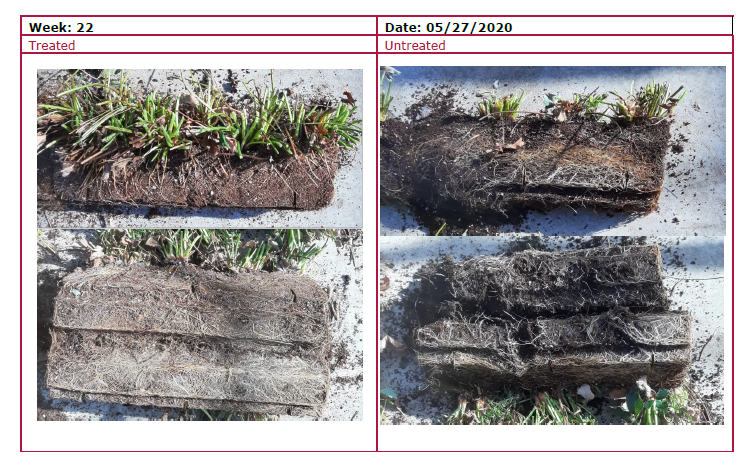 In Chile, the effects on the productivity in crops treated with nanobubble enriched water have been demonstrated in vegetables and fruits. "This technology has effects in productivity as well as in sustainability, strongly impacting the management of agricultural irrigation water, one of the most important challenges for our country", added Benjamín Labbe, Commercial Director of Kapicua, a Moleaer distributor in Latin America.

Nanobubbles are roughly 2500 times smaller than a grain of table salt. Moleaer’s nanobubble generators introduce nanobubbles of any gas into a water flow. The Moleaer Neo is designed to enrich water tanks or silos with air, 40% oxygen, or pure oxygen (through an external tank), so that the oxygen content of the irrigation water can be increased up to 5x pre-treatment levels. The physical and chemical properties of these tiny bubbles are unique and offer distinct benefits when compared to traditional aeration systems. Nanobubbles’ neutral buoyancy contributes to an ~85% oxygen transfer efficiency which can cost effectively increase dissolved oxygen levels regardless of the water body’s depth. Additionally, the oxidative properties of the nanobubbles help to remove biofilm in pipes and oxidize organic pollution and pathogens. A nanobubble generator fits into any water system and is easy to install.