January 12, 2022 (Carson, CA) — Moleaer, the leading nanobubble technology company, announced today it has been working with the Los Angeles County Department of Public Works to restore water quality in the Dominguez Channel. Its patented nanobubble generators have been instrumental in increasing dissolved oxygen levels at the Channel to eliminate the production of hydrogen sulfide gas (H2S), which was the cause of the “rotten egg” smell reported by those living and working in the City of Carson. The communities of West Carson, Long Beach, Wilmington, Gardena, and Compton were also impacted by the incident at Dominguez Channel.

Moleaer’s proprietary nanobubble treatment naturally degrades contaminants that consume oxygen and enable dissolved oxygen levels in the water to rise. When treatment began on November 3, 2021, oxygen levels in the Dominguez Channel were so low that the overall health of the estuary was under stress. Maintaining a dissolved oxygen level of at least 0.2 mg/L prevents the growth of bacteria and formation of hydrogen sulfide production, which was the root cause of the odor. 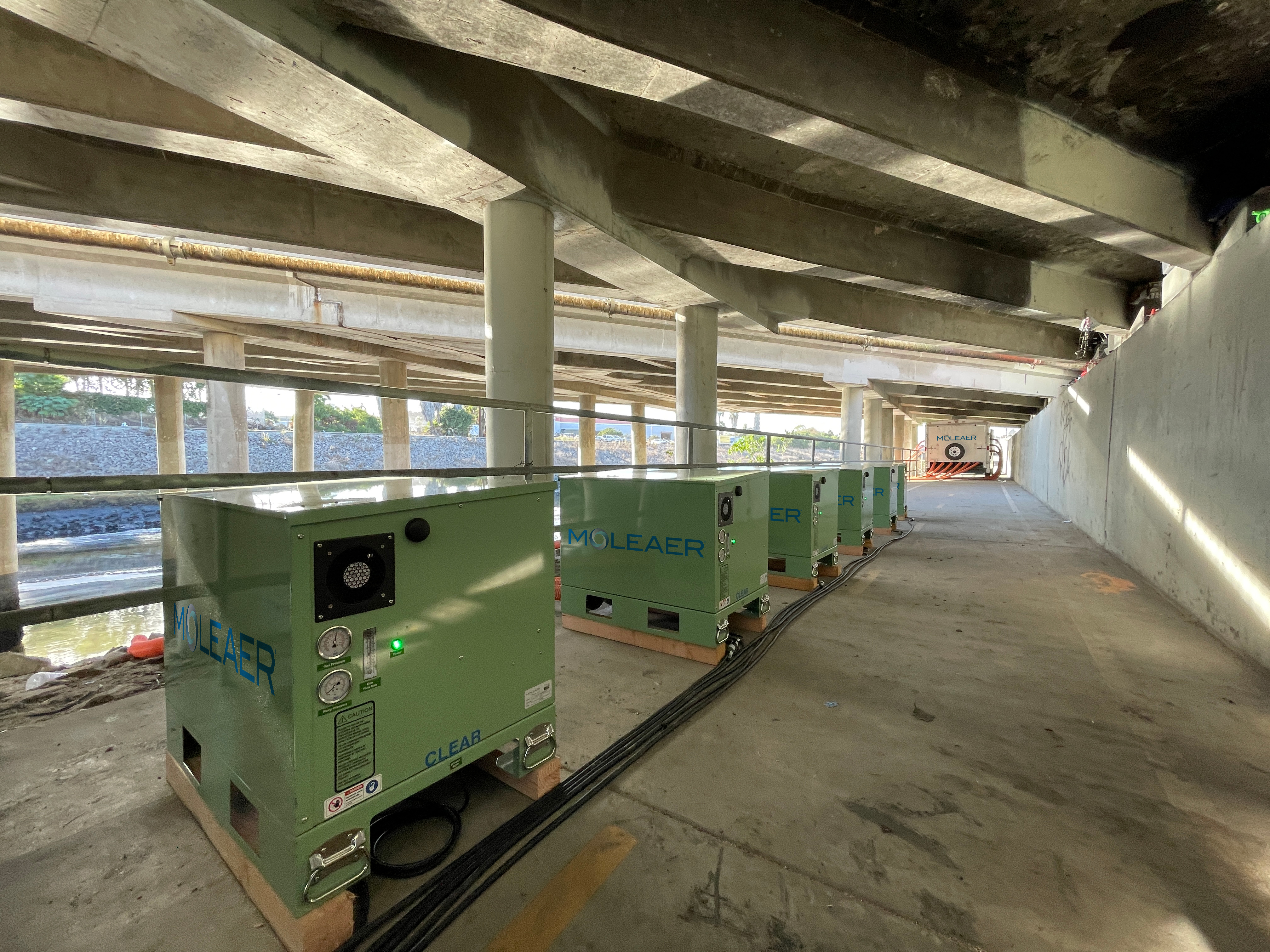 Nick Dyner, the CEO of Moleaer, said: “As a Carson-based company, the incident at the Dominguez Channel hit close to home. We worked intensely and diligently to abate the source of the bad odor. It has been personally rewarding to deploy our proprietary nanobubble technology ― which uses no chemicals ― to improve the living conditions of our community.”

The nanobubble generators that were installed at the Dominguez Channel inject air nanobubbles, roughly 100 nanometers in diameter, into the water. Moleaer’s patented technology not only provides hyper-efficient gas transfer to increase dissolved oxygen levels, but also injects trillions of nanobubbles that produce mild oxidants to destroy hydrogen sulfide and other oxygen-consuming compounds to treat the odor and prevent it from returning.

“We worked effectively with Los Angeles County to eliminate the root causes that produced the foul smell at Dominguez Channel. By using our nanobubble technology, which was developed and commercialized in our Carson headquarters, Los Angeles County has demonstrated its commitment to sourcing environmentally sustainable solutions locally,” added Dyner.

Moleaer™, headquartered in Carson, CA, is a leading nanobubble technology company with over 1,500 installations in more than 30 countries. The unique power of nanobubbles enhances and improves the performance and productivity of many of the world’s most critical industrial processes and sustainably improves the health of aquatic ecosystems. Moleaer’s patented nanobubble technology provides the highest oxygen transfer rate in the aeration and gas infusion industry, with an efficiency of more than 84 percent per foot of water. Its leading-edge technology is a cost-effective, chemical-free solution proven to increase sustainable food production, reduce the use of chemicals, restore aquatic ecosystems, and improve natural resource recovery.