A study led by staff in the Innovation & Development division of Kapicua, Moleaer’s distributor in Latin America, shows favorable results in Lollo Bionda lettuce crops, a popular type of lettuce in Latin America.

The study, performed in the city of San Fernando, assessed potential effects on lettuce plant growth and productivity.

For nine weeks, greenhouse lettuce plants grown in soil were given water super-saturated with nanobubbles, which increases dissolved oxygen levels and reduces harmful pathogens, algae, and biofilm. There was a significant increase in all growth variables, such as stem diameter and plant height, weight, and size, with more leaves produced in comparison to plants given conventional water.

In addition to boosting yield, the nanobubble-enriched water also increased productivity of the lettuce plants, reducing time to harvest and shrinking the seed-to harvest development cycle.

Another study at Kapicua involved lettuce grown in a hydroponic system. The Moleaer nanobubble generator was set to produce irrigation water with a dissolved oxygen (DO) concentration 100% higher than the water normally used in this system. Lettuce plants which received nanobubble-treated water demonstrated more growth and faster development.

According to Kapicua Commercial Director Benjamin Labbe, DO in the irrigation water at this facility would be increased by 200% to 300% with the permanent installation of a nanobubble-enriched irrigation system. “Moleaer technology generates stable super-high DO in irrigation water,” he says, “an investment which rapidly pays for itself in higher plant productivity and faster growth.” 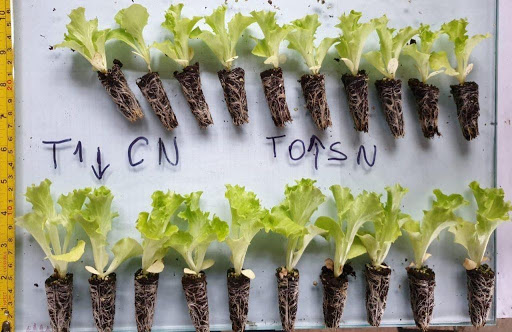 Sustainability and Our Fight for the Future – Global Cleantech 100

What is sustainability and why is it important? Sustainability has become a buzz word in recent years in our fight against climate change and to protect the environment...

Technology is providing innovative and sustainable ways to counteract the impacts of climate change and lead to improved productivity to meet growing demands. Why is water...

Controlling Algae in Pahokee Marina at Lake Okeechobee in Florida

Lake Okeechobee has been plagued with blue-green algal blooms for decades. These blooms degrade water quality, which could potentially have a negative impact on aquatic...